Here is a link to the SPARS Pandemic document.
https://ift.tt/3dTGqSe
A 2017 Johns Hopkins document details plans for Big Pharma global domination. “This document is the holy grail. The key to defeating the globalist.”

from New On Totally Fuzzy https://ift.tt/3afN1oR

Take a dive into the rabbit hole. This is not conspiracy but merely facts compiled over the course of the last 20 + years condensed into a 3 hour segment consisting of 10 parts.. Set your cognitive dissonance aside and open your mind to what has been hidden from you for the last century. If you are new to this type of research be warned its not for the faint of heart. It deals with corruption, crimes, satanic activities of the elite, and the people that we elect to run our world. In the end you will be enlightened and will understand the importance of “The Plan”. Yes “Q The Plan To Save The World”. https://ift.tt/2Wz1beB Its unfolding right in front of you. Welcome my fellow Americans, welcome to “The Great Awakening”.
Part 1: Things That Make You Go Hmmmm
Beginning the search for the Truth, Left & Right in politics, Wikileaks, the inauguration of Donald J. Trump, and the birth of the Q-phenomenon.
Part 2: Down the Rabbit Hole
About the Q-phenomenon, the battle for world dominance, shadow governments, the 1%, the power of the banks, the Rothchilds, the Rockefellers, and George Soros.
Part 3: The Alien Invasion
About the migrant caravan, George Soros, NAMBLA, Antifa, Black Lives Matter, the destabilization of the world, the importance of “United we stand, divided we fall”. About the role of President Trump, his achievements, Fake News, human trafficking, the wall, and child trafficking for the elite.
Part 4: Childlovers
About child trafficking, paedophile logos used by child protection agencies, adoption agencies, in Disney cartoons & movies, in Hollywood, in business and in politics. About Haiti as child trafficking island, the role of the Clintons and Trudeau.
Part 5: Children, Art, and Pizza
Looking into sexualisation of children, what passes as art and Jeffry Epstein plus more.
Part 6: Major Media Manipulation
About the torture swimming pool of Gloria Vanderbilt, her son CNN-reporter Anderson Cooper. About fake news, media manipulation & propaganda, the CIA, Project Mockingbird, whistle blower Udo Ulfkotte, the Illusion of Choice in media land, major sponsors of Hillary Clinton & the Democratic Party. About the dangers of censorship, Media Matters for America, Correct the Record, Facebook, Google & YouTube, Snopes. About Avaaz and the use of Controlled Opposition.
Part 7: Witches & Warlocks
About Marina Abramovic, Spirit Cooking, the Brazilian healer John of God, 8 cases of alleged suicides by hanging from a doorknob (Dolores Zorreguieta, L’Wren Scott, Chris Cornell, Chester Bennington, Tim Bergling (Avicii), Annabelle Neilson, Aaron Swartz, Kate Spade, Anthony Bourdain), the wrath of Hillary Clinton. About worshipping the devil, normalizing cannibalism, the Church of Satan, statues of Moloch. About the Dutch royal family, the Nazi connecton, Operation Paperclip, Bariloche, the Bilderberg Group.
Part 8: Beyond Kings & Queens
About the hunting parties of the European royal families & the elite, Pizzagate, Adrenochrome, survivor accounts, the English royal family, their connection with Jeffrey Epstein, the naked boy trying to escape from Buckinham Palace, the ITCCS, Kevin Annett, 50,000 murdered Canadian children, the evidence, the sacrific of children throughout the ages, the tradition of the red shoes. About Anthony Weiner’s laptop, his Life Insurance file, blackmail, and the murder of those who speak up.
Part 9: The Dawn of a New World
About the Q-phenomenon, the Q-Anons, the Yellow Vests, the uprise & revolution of the people, the help of Q, the identity of Q and the Truth Movement. About the hints and clues by president Trump, NXIVM, the Bronfman sisters, the Dalai Lama, Frank Giustra. About red-pilling the people, draining the swamp, Hillary Clinton’s e-mail server(s), the mysterious soccer ball at Helsinki & president Putin, Barron Trump. About the stepping down of 80,000 CEOs, the assassination attempts on president Trump, about the real Russian Collusion, the Uranium One scandal, the Rosatom Deal, bribary, corruption, money laundering, pay-to-play. About Clinton’s & Obama’s high treason, the infiltration by the Muslim Brotherhood, the execution of John McCabe, the encoded flag on his coffin & Osama Bin Laden.
Part 10: The Return of the King
About president Trump’s spelling errors (Covfefe, Hamberders, Smocking Gun), his hints and clues, his direct communications with the people. About a future spokesman for the US, about John F. Kennedy senior & junior, their deaths. About the clues junior left behind, the Tiffany Blue Boxes, George Magazine, Survival Guide to the Future, Vincent Fusca, Nicola Tesla, John Trump, Julian Assange. About the possibility of time travel, worm holes, parallel timelines, the mysterious books by Ingersoll Lockwood, the Ingersoll Trump pocket watch, Alice in Wonderland.

Tags : , THE FALL OF THE CABAL

from New On Totally Fuzzy https://ift.tt/3fgZ4FR 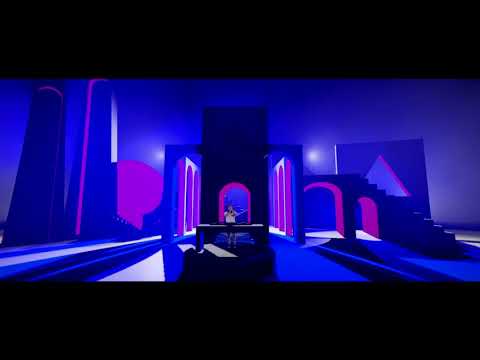 Lose yourself in Jonas Blue’s new mind bending Electronic World. Watch as he takes you on an immersive digital journey through a gravity defying visual landscape for a new concept virtual DJ show.

Crank it loud and enjoy some socially distanced fun in the comfort of your own home.

from New On Totally Fuzzy https://ift.tt/3e9ctgA 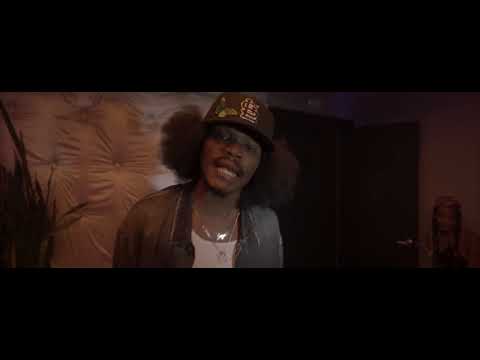 luh song i made bout how i feel nshit..

–
St. Louis rapper/singer Smino combines hip-hop with funk and soul influences, much like contemporaries Isaiah Rashad, Saba, and Ab-Soul. Debuting in the early 2010s with a series of mixtapes and EPs, he issued his official debut, blkswn, in 2017 and marked his first appearance on the Billboard charts the following year with NOIR.
Born Christopher Smith, Jr., he was raised by a family of musicians who provided early exposure to jazz, blues, and gospel music, which he would go on to blend with his own influences, Kanye West and Dungeon Family. A drummer since childhood, Smino played in his church band before he started rapping. His first foray into hip-hop was as half of the St. Louis duo YDOC (“Young Dumb and Outta Control”). Later, he released a solo mixtape, SMEEZY DOT COM. After graduating high school, he moved to Chicago to attend Columbia College. There, singer Drea Smith (his cousin) introduced him to other artists in the local scene.
In 2015, he formed the music collective Zero Fatigue with producer Monte Booker, rapper Jay2AintShit, and singer Ravyn Lenae. Smino released his first official EP, the sexually charged S!Ck S!Ck S!Ck, that October, quickly following with the Blkjuptr EP, an André 3000-esque meditation on cultural alienation. By year’s end, he’d released the title track to his debut LP, “Blkswn,” which was closely followed by the subsequent 2017 singles “Anita” and “BlkOscars.” Blkswn arrived in early 2017 and featured appearances by Ravyn Lenae, Noname, and more. Smino promoted the effort on tours supporting SZA and T-Pain through the end of the year. In 2018, he issued “New Coupe, Who Dis?” with Chicago emcee Mick Jenkins. That November, he issued his second full-length, NOIR, which was his first to enter the Billboard 200.
Smino’s first output for 2019 arrived that August with the single “Reverend.”

from New On Totally Fuzzy https://ift.tt/3mGdU9s

from New On Totally Fuzzy https://ift.tt/2GeFOK1 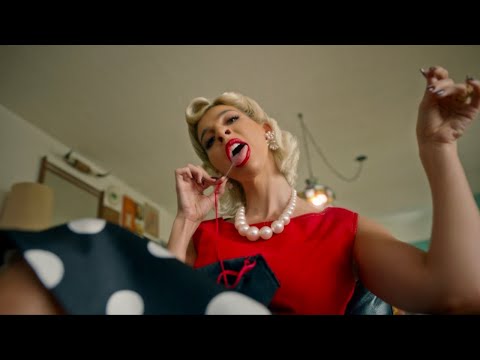 from New On Totally Fuzzy https://ift.tt/35OBc66 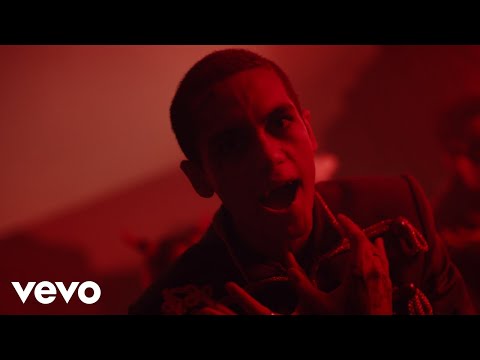 https://ift.tt/2StBVCG
–
By combining elements of alternative hip-hop with Jack Johnson-esque cabana pop on early songs, Naples, Florida’s Dominic Fike went from unknown to major-label signee in 2018. His debut EP, Don’t Forget About Me, Demos, arrived later the same year.
After some demos emerged in 2017, Fike, then in his early twenties, was well covered in the music press for signing a multi-million-dollar deal with Sandy Boys and Columbia Records before even releasing a song. They put out the reworked Don’t Forget About Me, Demos in mid-October 2018. The set’s opening track, “3 Nights,” topped a million streams before the end of the month. After featuring on Kevin Abstract’s single “Peach” (along with BROCKHAMPTON’s Joba and Bearface), Fike issued two tracks of his own, “Açaí Bowl” and “Roller Blades,” in 2019. With “3 Nights” racking up half a billion streams, and Kenny Beats collaboration “Phone Numbers” soon becoming an underground hit of its own, Fike’s popularity skyrocketed. As cosigns from Billie Eilish and BROCKHAMPTON continued to build the vocalist’s profile, the musician set to work on a debut album, What Could Possibly Go Wrong. Released in July 2020, the album continued Fike’s feature-less run thus far with a 14-track collection of wide-ranging cuts.

from New On Totally Fuzzy https://ift.tt/3216iGt 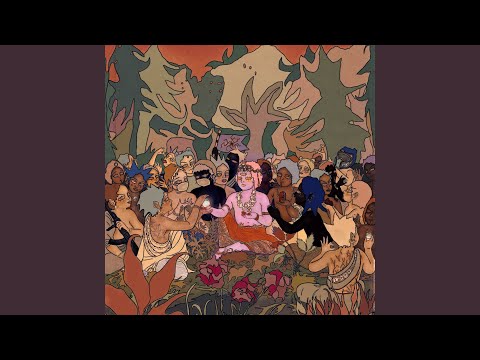 On 20 March 2020, the band announced that they were in a home studio, writing and recording material for their eighth record, which was expected to be an EP, with part of it being co-produced by video game composer Mick Gordon. After playing the video game Doom Eternal and being inspired by the games’ soundtrack, lead vocalist Oliver Sykes contacted the games’ composer, Mick Gordon to help produce the song, “Parasite Eve” and the release as a whole. In August 2020, the band’s keyboardist Jordan Fish teased that the band was planning on releasing a series of releases. Speaking about the releases, keyboardist Fish stated:
“When we get into the other EPs, it’ll give us a chance to maybe get some other people on who are a bit more left-field or a bit more out of the box for our band.”
The band’s lead vocalist Sykes also stated that they would be releasing four EPs under the “Post Human” name, stating:
“They’ll each be totally different with their own sound and mood,” he said. “That’s one thing we’ve never really done. There’s often been an over-arching theme on our records, but the music has always felt like a collage. That’s cool and I like it, but sometimes you want a soundtrack for a certain occasion and emotion.”

from New On Totally Fuzzy https://ift.tt/35OB7zk 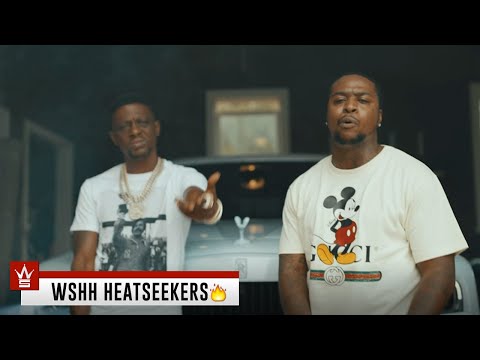 from New On Totally Fuzzy https://ift.tt/2JeOnWa 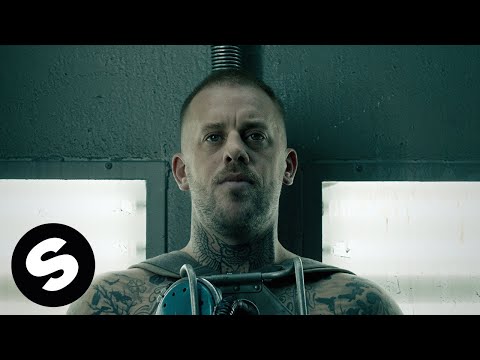 Timmy Trumpet x Jebroer x Dr Phunk – Child Of The Devil is OUT NOW on SINPHONY!

–
Timothy Jude Smith (born 9 June 1982), better known by his stage name Timmy Trumpet, is an Australian musician, DJ, songwriter and record producer. He has become known internationally for playing the trumpet live and making use of jazz elements in the realm of global dance music.
Timmy Trumpet’s breakthrough single “Freaks” with New Zealand rapper Savage was certified gold by the RIAA, six times platinum by ARIA, and triple platinum by Recorded Music NZ. Timmy Trumpet is currently ranked the number 13 DJ in the world, according to the DJ Mag Top 100.
On 25 March 2019, Timmy Trumpet became the first trumpet player to perform in Zero Gravity, a project partnership between the European Space Agency and BigCityBeats.

from New On Totally Fuzzy https://ift.tt/35Qr5gV